The return of the Cincinnati one-day tornado tourneys has been a huge success! In the first one in March, we had 15 players in the U 1600 and 17 players in the open for 32 total entries. We made all expenses and even added two more $40 prizes!

The open section came down to the last round. Will Sedlar drew with Justin Storn to reach 3.5 points taking home the $150 prize. Justin won $25 for the master bounty. There was a 3 way tie for 2nd. Justin Storn, John Randolph & Brian Suganraj each scored 3 points. Brian took home $40 for the under 2000 and Justin & John each took home $37.50 for their efforts.

The under 1600 section was even more hotly contested. 7 players were in contention for 1st place money. Andrew Saffle drew with Stan Jackson to lock up 1st and the $150 prize with 3.5 points. There was a 4 way tie for 2nd between Stan Jackson, Sanjeev Ganga, Siddarth Kunapuli & Sparsh Ghodake. Sparsh won $40 for the under 1000 prize. Stan, Sanjeev & Siddarth each got $25 for their efforts. The two $10 drawing winners were John R & Devin R.

The tournament went off without a hitch. Mostly due to the fantastic tournament directing of Jeffery Davis. The players were professional and sportsmanlike. The Playing hall was spacious and well-lit. There was a huge skittles and analysis room. A large variety of beverages and snacks sold on site. Free parking right in front. A variety of food close by. Keep your eyes out for the next Tornado date. You won't want to miss it. 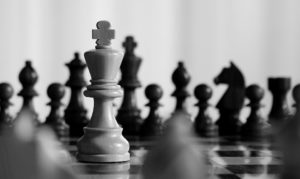