Posts with PGN games in them.

Last week, we played in a blindfold tournament. Here's a game to show where Chris had the white pieces and Hans played the black ones. It's unfortunate that it ended […]

Hans Multhopp Wins Blindfold Championship This year's blindfold championship featured six strong games between our three entrants. The tournament was a double round robin and, after the first round, was […]

John Randolph is the 2014 City Champion. His final record was a 5.0/6, putting him a half point in front of two other players and giving him his first City […]

The 2012 Cincinnati City Championship is complete! Check out games from the later rounds as well as all the results below. Read below for an account of the tournament from […] 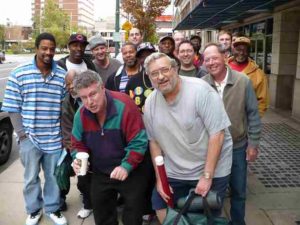 Cincinnati Match Team Players In an exciting event dubbed the "Showdown at High Noon". Cincy defeated Dayton in a match played in Dayton on Oct. 23 2010. The final result […]